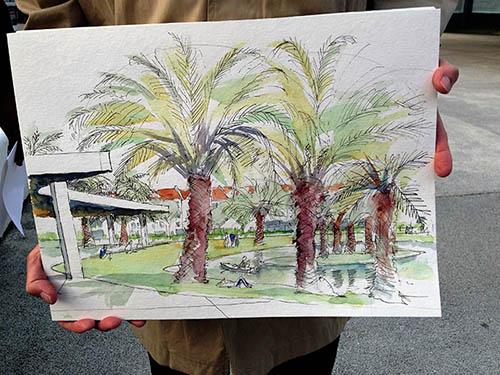 Written by Silvana Moreira on 23 February, 2017. Posted in Featured, News

The urban sketching sessions headed by Professor Jacek Krenz (Gdansk U., Poland) on the 21st February 2017 were a success!
Students and professors alike are very thankful for the drawn sharing.
Some photos: