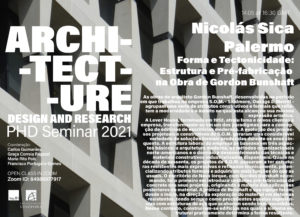 The works of architect Gordon Bunshaft, developed during the time he worked at the S.O.M. – Skidmore, Owings & Merrill – group together a series of constructive and formal attributes that reflect modernity and the scope in which it reached its maximum artistic expression.

racted fame and new customers to the company, becoming one of the paradigms for the design of modern office buildings. The evolution of the design and construction processes of S.O.M. they generated a considerable variety of formal solutions produced during the fifties. The company’s work structure was based on three basic aspects: modern architecture, North American organizational methods and the domain and development of available industrialized construction techniques and materials. Almost in the sixties, S.O.M. they started to have more expressive and technically refined resistant structures, enhancing formal attributes and acquiring more functions than the usual ones. The New York office, with Gordon Bunshaft at the helm, was the first to introduce precast concrete units into its designs, leading to most of the material’s later applications. The practice of Bunshaft and his team was, from the beginning,

in the direction of exploring the material in resistant systems, always taking precedence over those experiments with steel structures that turned out to be successful.

In this context, buildings were constructed in which the structural system practically determines the resulting shape. The architect used in his projects with precast concrete elements basically two types of structures: perimeter reticular structures – vertical structural components that materialized in the buildings for the John Hancock Company in New Orleans and for the Lambert Bank in

Brussels – and slabs unidirectional beams on continuous supports – horizontal structural components in buildings such as the American Can Company in Greenwich, the American Republic Company in Des Moines, and in the architect’s own home in East Hampton.

The economy of means and solutions adopted, the orderly repetition of these solutions and the precision in execution generate the visual and formal consistency of the buildings, which have as an undeniable characteristic feature a clear tectonicity. In addition to originating in structural systems composed of prefabricated concrete elements, the characteristic tectonicity in the architect’s work is also seen in the design of the pieces, in the way they are joined and in the finishes used on them.

As Bunshaft itself stated, “we adopted prefabrication and made it a design benefit”