Written by mariaritapais on 19 July, 2021. Posted in Events, Featured, News 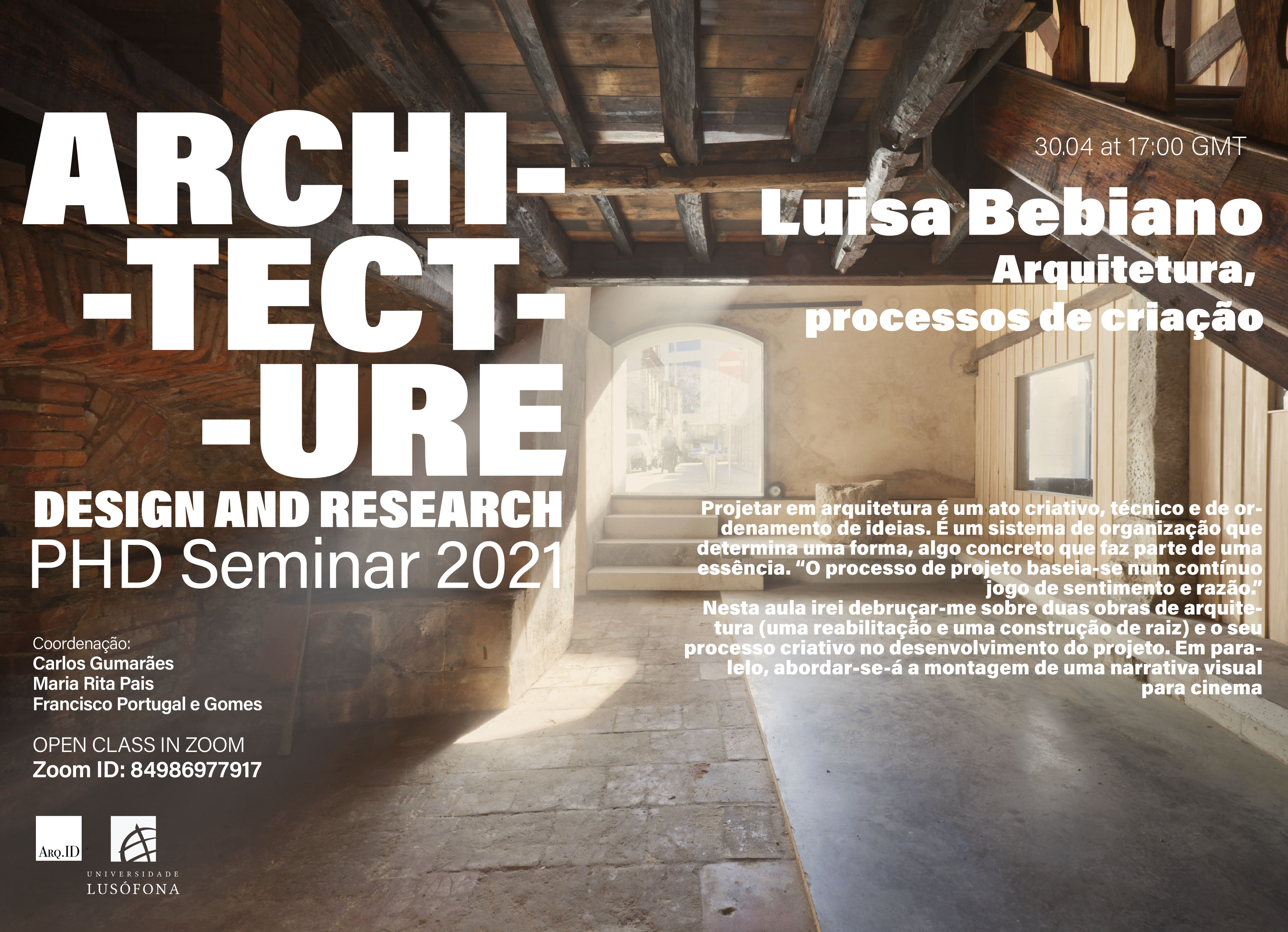 The Architecture Departments of Lusófona University of Lisbon and Oporto are organizing a seminar –Architecture: Design and Research – for the current academic year.

Designing in architecture is a creative, technical and ordering of ideas act. It is an organization system that determines a form, something concrete that is part of an essence. “The design process is based on a continuous game of feeling and reason.”

In this class, I will focus on two architectural works (a rehabilitation and a new construction) and their creative process in the development of the project. In parallel, the assembly of a visual narrative for cinema will be addressed.

Luisa Bebiano (Coimbra, 1978) has had her own architecture studio since 2010, founded in the business incubator of Instituto Pedro Nunes. She develops architectural projects that relate her to theater and cinema, a thematic universe that is the basis of the research she is developing for her doctoral thesis at Instituto Superior Técnico.

Graduated in Architecture from the Faculty of Sciences of the University of Coimbra, with a time at the Polytechnic of Turin (Italy), she was distinguished with the Quartel Mestre General W. Elsden School Prize.

She started her activity as Art Director in 2009 in the team of director António Ferreira and her set design activity with João Mendes Ribeiro, with whom she worked as an intern for the Ordem dos Arquitetos.

Her work in the field of architecture is primarily focused on responding to various programs of various scales, with a greater focus on building rehabilitation.

She frequently gives conferences and workshops as part of her transdisciplinary work. She was Guest Assistant at the University of Coimbra in 2020 in the ALA Masters – Architecture, Landscape, Archeology.