Written by Silvana Moreira on 25 January, 2018. Posted in Faculty 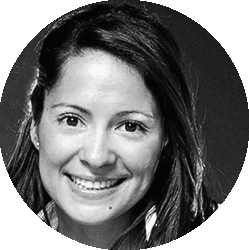 Japan, TOKYO, AIC 2015 conference – “Types of Smart Cities | Cities Built from the scratch and Old Cities transformed into Smart Cities: What kind of colors can we use?”

Claudia Oliveira (Lisbon 1981) is an architect and she holds a Ph.D in Architecture about ‘Climate Smart Cities’ from University of Lisbon with an MOU agreement with INHA University in South Korea.

She has a Master degree in Buildings Rehabilitation and an MBA on Energy field. She studied at Milan Polytechnic in Italy one year. She studied at Pratt Institute in New York City, namely LEED and Green Associate PLUS LEED, Green Roof Construction, Maintenance. She has an international Fellowship with a Belarusian State Technological University in Minsk. She was during 12 years a Project Manager Consultant of Public Service Buildings namely Courts and other Judiciary buildings in Portugal, working for the Public Sector in large scale projects. She worked as a specialist in GREEN CLIMATE FUND from UNFCCC in South Korea advising on climate change preparation projects about Smart Cities.