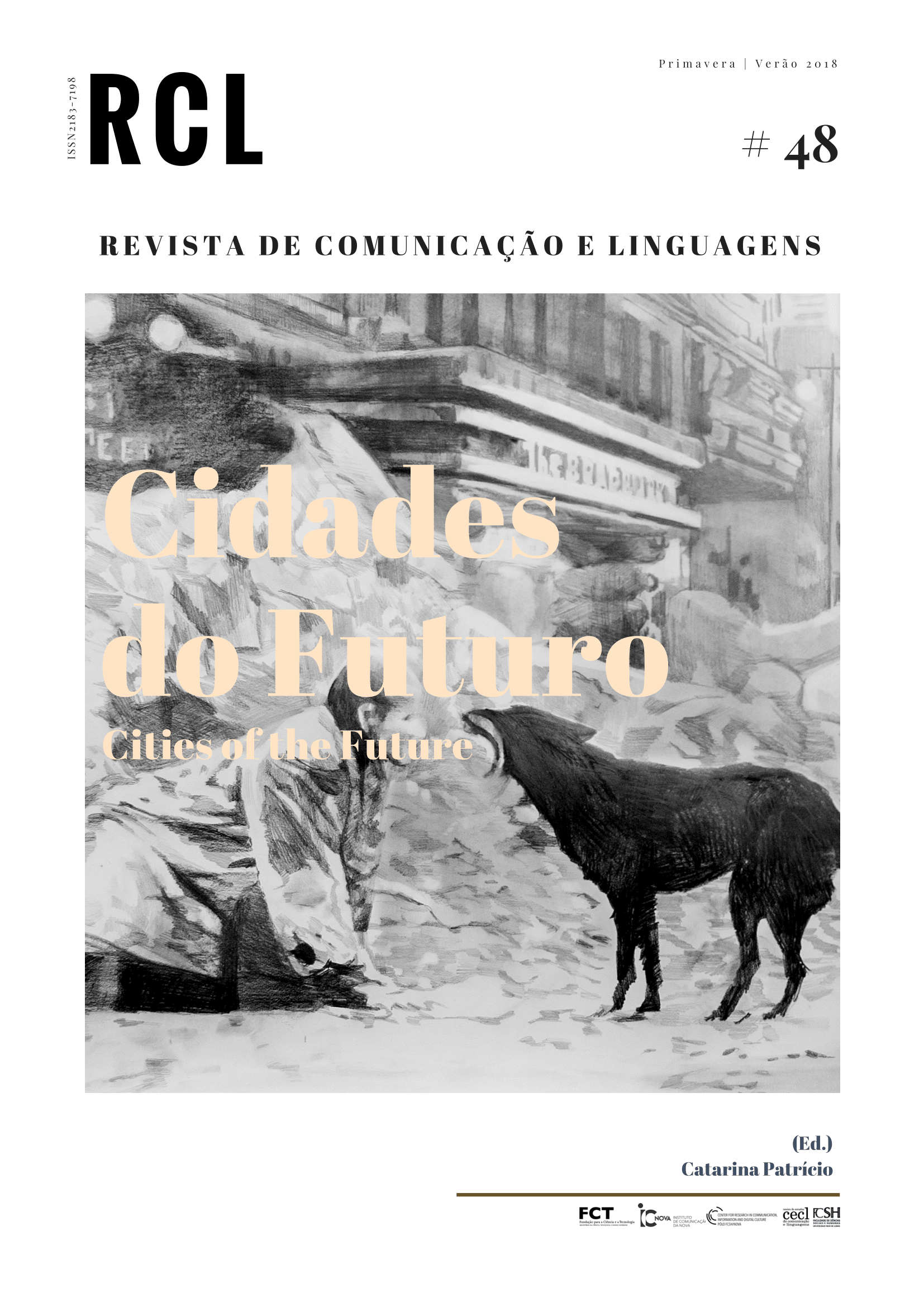 Journal of Communication and Languages No 48 (2018): Cities of the Future

Written by Silvana Moreira on 24 April, 2018. Posted in Featured, News

The Journal of Communications and Languages No 48: Cities of the Future, with edition and preface by Professor Catarina Patrício Leitão is available in open access.

Professor João Borges da Cunha, who is also a member of the Editorial Team, published the paper: Cityspaces as interior settings: on an inside out effect in the cities under New Capitalism.

The German cultural critic, Siegfried Kracauer, trained as an architect and active as a writer and journalist under the Weimar Republic, ended his 1930 article “Abschied von der Lindenpassage” [“Farewell to the Linden Arcade”], on the decline of that specific commercial venue, with the following broad question: “What would be the point of an arcade [Passage] in a society that is itself only a passageway?” (Kracauer, 1995: 342). Already suggested in such a perspicuous diagnosis was the fact that the ultimate horizon of the capitalist action on city economy is the overall commodification of urban places. What is implied here, from the onset, is the complete social and economic mobilisation of city spots and urban sites as in a walloping shopping mall (as in J.G. Ballard’s dystopic novel Kingdom Come [2006]), resulting on a spatial effect in which no limit can be pointed out between the recognized selling station and the non-buying stand. This means that the first boundaries to be breached are those culturally constructed, dividing the allowed from the non-allowed, the private from the public and the provisional from the perennial, what leads to a ubiquitous marketing and gambling arcade. In terms of architectural space, this comes out as an ever increasing undifferentiation between indoor practices and exterior ones. Actually, on an observable inside out effect, exterior and public spaces are used to pursue inward experiences: building façades support outdoor advertisements as huge one-page magazine sheets; nightlifers roam and dance the streets as if inside vaulted arenas; graffiti and tags mark the city walls as personal and confessional mementos. In short, and paradoxically, the inside invades the outside.
Within an interdisciplinary approach, crossing cultural theory and analysis with urban aesthetics, this paper will address precisely these city phenomena in the context of which the tradition of bourgeois interiors (Lukacs, 1970) and modern public sphere (Habermas, 1971) were degraded by the cultural transformations of New Capitalism, synthesized by Richard Sennett as when “the institutions inspire only weak loyalty, (…) diminish participation and mediation of commands, (…) breed low levels of informal trust and high levels of anxiety about uselessness” (Sennett, 2006: 181): in other words, the stage set of a life drama in which the disappearance of an outer city scape is the token of a full capitalist incorporation and the threat of a vanishing future.